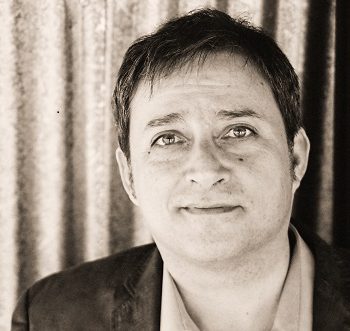 Frederick Frahm, American composer, organist, publisher, and parish musician was born in California, USA, in 1964. Frahm has directed church music programs across the US, contributed as a classical music critic to the Bellingham Herald in Bellingham, WA, and served as an adjunct faculty member of Concordia University in River Forest, IL, where he taught counterpoint, music theory & composition, as well as orchestration.  In addition to his work at Canterbury, Fred is presently a teaching artist and resident composer for the Santa Fe Opera Company Active Learning Through Opera program. He a founding director and creative partner of Firehead Editions of London which publishes a select catalog of works for organ, chorus, and chamber ensembles. A graduate of Pacific Lutheran University (Tacoma, WA) where he earned degrees in Church Music and Organ Performance.  He studied organ and counterpoint with David Dahl and Gregory Peterson; composition with Roger Briggs and Gregory Youtz; and conducting with Richard Sparks.

His work as a composer has gained international acclaim. About this work he writes:

My catalog has expanded since the early 1980s and I have produced between 10 and 30 pieces a year. Better than 350 of those works have been published individually and in anthology. I have observed broad exposure for my work in performance across the US and Europe and I have had many opportunities to compose on commission.

While my primary output is music for keyboard, I have produced chamber works, vocal and choral music, a symphony, an organ concerto, and numerous music-drama works. Often, my creative efforts are inspired by paintings, literature, and architecture. I mention architecture because that is a way to understand how my music is put together. My process, at least in terms of my concert music, seeks to orient disparate structures in dialog, contrast, and symmetry. Many pieces are about a communication of periodic events or music shapes that gain new context as they are repeated in larger schemas. While my tonal palette is chromatic, polytonal, and contrapuntal, I prefer leaner sounds which have agreeably been referred to as leaning neo-classic.

It is a great joy to compose. I feel that my music bears an individual character, is well constructed, and worthy of study and performance. I ever seek to fill an acoustic space with authenticity and art at the edge of my capacity, which is ever developing.